DSM Archive
See the back issues for DSM 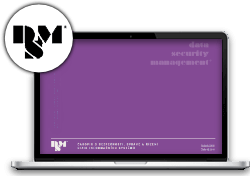 These articles were subject to peer-to-peer review.

Wireless M-Bus: who is aware you’re doing the laundry?

Wireless M-Bus: who is aware you’re doing the laundry?

Jiří Urbanec
In the second part of this miniseries describing PKI as a part of the central key management system we show the architecture of the typical CKMS for the asymmetric keys, its functional blocks, processes, requirements and existing standards used for building CKMS. The architecture is focused on the ability to manage large number of different keys and ability to make transition between services and PKI providers rapidly, with low risk of failure, and without negatively impacting the operation. At the end, the article summarizes actual challenges associated with CKMS and gives recommendations for organisations striving for flexibility in the governance of asymmetric keys.
DSM | page 18

Jan Vlasák
The author describes the solution of the Citizen Portal from the development and operation point of view. This point of view reflects the current trends of the DevOps culture. At the same time, it describes how security is implemented in a project that is agile from the very beginning and where any change in SW implementation or infrastructure is welcome.
DSM | page 23

Jakub Jedlinský, Kryštof Jelínek
The paper concerns with the usability of today's blockchain solutions. It distinguishes between corporate DLTs and public DLTs. Results of user testing of four applications built on public blockchains are also presented. From these results, it draws more general conclusions about the readiness of such solutions.
DSM | page 32

Vladimír Kufner
This article extends the topic of information security in the context of DevOps and follows the previous article V. It explains concept of continuous security, discusses relationship between security and infrastructure in context of cloud computing and describes all necessary changes to be done at technology, process and company culture levels. The article also explains concept of leadership and the key success factor for SecDevOps. Finally, it illustrates a practical example of involvement particular security methods and practices into DevOps lifecycle and discusses the benefits of integrated security in DevOps and vice-versa.
DSM | page 39

Fabio Garzia
The article describes the implementation of a new communication network in a unique environment, which is the Basilica of St. Francis in Assisi, Italy. New approaches such as Internet of Everything (IoE), Integrated Multidisciplinary Model for Security and Safety Management (IMMSSM), Genetic Algorithms (Gas) and Building Information Modelling (BIM) were used for the project. The methods described are generally applicable at any similar location.
DSM | page 44

Bluff and confuse your opponent: how to gain a tactical advantage by changing your cyber terrain

Bluff and confuse your opponent: how to gain a tactical advantage by changing your cyber terrain

VIEW ALL TOPICS FROM THIS ISSUE...

DSM (Data Security Management) magazine was established in the second half of 1997 to create a professional-level periodical magazine, which would bring high quality and up-to date information on the status and development in the area of information security. It publishes theoretical works, the results of research activities and practical applications, reviews and consultations. Top experts participate in creation of DSM, which guarantees a high quality of the contents. 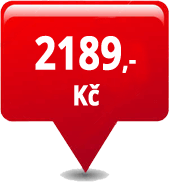 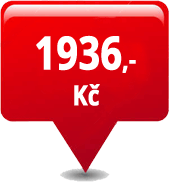 See the back issues for DSM and all topics