Trends of cyberkrime and EC3, Cybercurrencies and Blockchain

In the first part of the presentation, General Oldřich Martinů will present EC3 - the European Centre for Combating Cybercrime in Europol and what this centre is concerned with. He explains who and what case he can turn to this centre and what he should count on. In addition, current trends and the development of cybercrime will be presented, including actors that provide cybercrime to a fertile lion, as well as developments on the other side of the line - the investigation of cybercrime and the direction to be followed in the coming years.

In the second part of the presentation, the EC3 expert Jarek Jakubcek will focus on the area of cryptocurrencies - a revolutionary technology that brings new possibilities for legitimate and criminal use. He reveals the possibility of tracking payments and identifying criminal transactions or identifying offenders. In conclusion, Jarek will deal with blockchain technology and its practical use outside the financial sector. 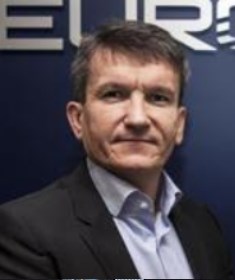 He joined the police in 1986. Over the next ten years service in various positions of public order and later the criminal police, he reached the rank of Counsellor at the Directorate of the Czech Criminal Police. During that time he graduated (in 1990) from the Faculty of Public Order. He continued his studies and graduated in 1995 having followed studies in Criminal law and Public law at the Faculty of Law, Charles University in Prague.

Between 1997 and 1999, Mr Martinů was the Director of the Czech National Central Bureau of Interpol at the Police Presidium.

As the Chief of the Police, he was directly subordinate to the Minister of Interior responsible for the full scope of activities of the Police of the Czech Republic in the field of national security and public order. Together with the Minister of Interior he implemented a Reform of the Czech Police with a focus on streamlining of police services towards a higher level of safety and security.

He was promoted by the President of the Czech Republic to the rank Major General in 2009.

In November 2011, he was appointed by the EU Council to his current post as Deputy Director of Europol with specific responsibility for Governance matters.